MARRAKECH A PALERMO !
A Proposal for Articulating Works and Places
The second part of the exhibition project takes shape in Palermo 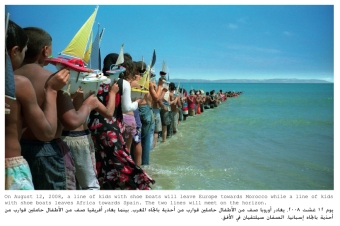 For its second set up, A Proposal for Articulating Works and Places brings to Palermo the works of twenty-four artists from Marrakech’s 3rd International Biennale Festival curated by Abdellah Karroum in 2009 (See the Exhibition Website). The works on exhibit are articulated in the context of the Palazzo Riso, Museo d’Arte Contemporanea della Sicilia, and its architectural specificities. This version of the exhibition corresponds with the city of Palermo and the topics enunciated by the artists while proposing to reflect on the function of art its existence, and that it is pertinent to the societies in which it appears. The exhibition travels, without reproducing itself, from Palais Bahia, a royal palace, to Palazzo Riso, a family’s palace. While engaging with the historical as well as the present and geographical context of the two palaces, Works and Places continues its exceptional history. The artworks appear beyond this temporality, another space on another continent, and perhaps carry other significances.
R22 radio is broadcasting from Sicily, during the opening week, and produces special programs on Works and Places during the five months of the exhibition in Palermo.

A Proposal for Articulating Works and Places (Part 2)
Exhibition project curated by Abdellah Karroum
10.7 - 28.11.2010
Palazzo Riso Museum
* The first set up of the exhibition was in Marrakech for the 3rd AiM International Biennale in 2009. SEE THE GUIDE OF THE EXHIBITION in .PDF 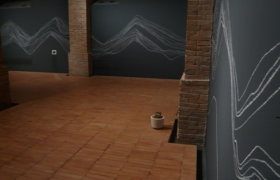 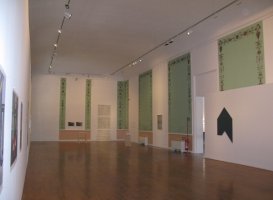 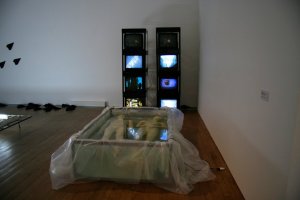 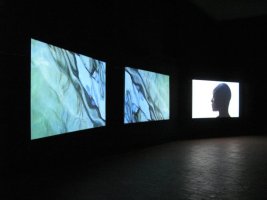 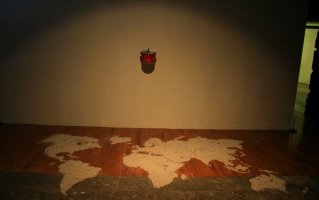