“Azul Jacinto Marino. When I pronounce this name it comes alive in many forms. The equivocation lies in its blurring gender. One might attempt to locate a geographical region for it, an ethnicity ? A specific type of diet, perhaps.

It is in fact an aquatic pigment, a hyacinth that thrives in the sea.”

In the new works commissioned by L´appartement 22, Julia Rometti & Víctor Costales pursue their ongoing research on Anarquismo Mágico, a little known transnational political movement, and one of its leading figures – Azul Jacinto Marino. Rometti & Costales interrogate the historical movement’s relevance within North Africa’s current botanical, mineral, and political context. These enquiries were sparked by subaquatic communications intercepted by the artists in the coast of Ecuador. The transcription of these messages into the Berber Tifinagh alphabet prompted a series of multi-divinatory events which took place in the Rif mountains in northern Morrocco in September, as part of the “Expédition au bout du monde #11”, hosted by the Rif residencies program of L´appartement 22. In the meantime, Natalia Valencia and Rodrigo Ortiz Monasterio went after the traces of the first seeds of spiritual inclination experienced by German artist and Art Historian Mathias Goeritz, during his stay in Tangier and Tétouan in the early 1940s. In the unearthed correspondence between Goeritz’s wife Marianne Gast (a.k.a Bambi) and Azul Jacinto Marino, the researchers found evidence of the influence exerted by Morroccan folk aesthetics in what would later become Goeritz’s theory of “Emotional Architecture”. This was crystallized in the construction of Museo Experimental El Eco in Mexico City in 1953.

Following Goeritz and Marino’s early reflections on spiritual anarchism, Rometti & Costales’ perspectivist endeavours reach out for the sensibility contained in Morroccan amber, sand, azurite and other entities. In times of political unrest, Azul equivocation delves on the transformative qualities of botanical, mineral, and architectural insurrection.

Julia Rometti (France, 1975) &Victor Costales (Belarus, 1974) work together since 2007. Recent exhibitions include among others CRAC Alsace, Qalandia International - Jerusalem, Kunsthalle Zurich, David Roberts Arts Foundation in London. This year they had two solo shows at Jousse Entreprise in Paris, and at La Central in Bogota. Currently they live and work in Paris and conduct longterm research projects in various Latin American countries.

Natalia Valencia (Born in Bogotá in 1984) has curated projects at Palais de Tokyo in Paris, Sala de Arte Público Siqueiros in México City, Museo Quinta de Bolívar in Bogotá, and Proyectos Ultravioleta in Guatemala. As of recently, she was a research fellow at Centre Pompidou in Paris. 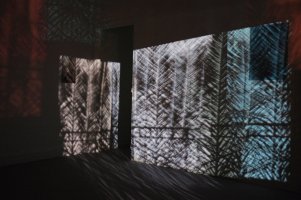 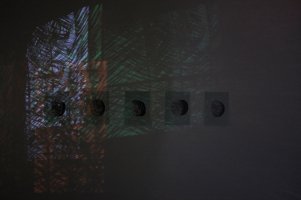 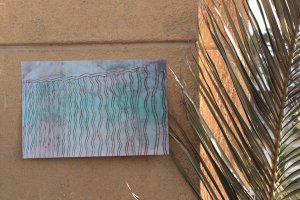