Badr El-Hammami, born in 1979 in Morocco, he lives and works in Valence in France.

Badr El Hammami arrived in France in 2001 and completed his studies at the Ecole des beaux Arts in Valence in 2009. He has participated in various international exhibitions including the Benin Biennale « Inventing the world : the artist as citizen » at the centre Kora in Cotonou, Benin, « JF-JH Libertés » at L’appartement 22 in Rabat, Morocco, at « Aquitaine Afrique : contact, zones » Iwalewa Haus in Bayreuth, Germany, the Christmas exhibition, LE MAGASIN, at the National Contemporary Art Centre in Grenoble (2012), « Sentences on the banks and other activities » at Darat al Funoun at the Khalid Choman Foundation in Amman, Jordan, « Africa light » Dakar Biennale OFF in Dakar, Senegal and at the National Museum of Mali in Bamako(2010-2011). Badr El Hammami experiments poetically with the concept of borders, through an ensemble of installations, texts, photographs, videos and performances. He questions this arbitrary notion which makes the foreigner. His status as a foreigner in France allows him a paradoxal reading of maps and territories. When Badr looks at a map, he does not see « juxtaposed countries or forms » but « a network of lines, a rhizomic structure linking all territories ». 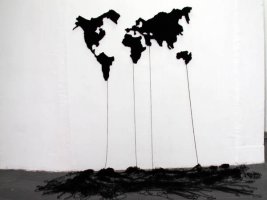 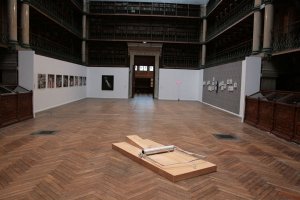 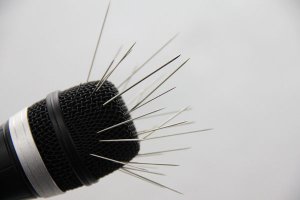 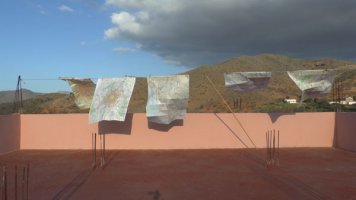 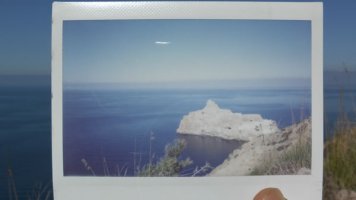 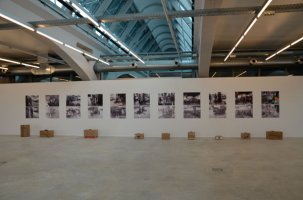